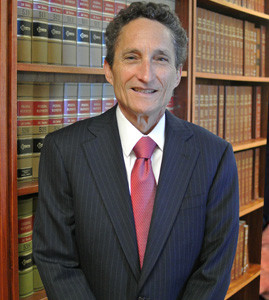 Thomas E. Cook is a partner with the firm. Mr. Cook was born and raised in Honolulu. He received his A.B. degree from the University of California at Berkeley in 1971 and his J.D., Cum Laude, from Santa Clara University School of Law in 1976. His practice is limited to civil litigation with a particular focus on personal injury, insurance litigation, and the defense of claims against health care professionals, attorneys, corporate officers and directors, and product manufacturers. His practice includes the representation of physicians in administrative disciplinary matters. He has tried numerous cases to verdict in State and Federal court in Hawaii including medical and legal malpractice cases, insurance bad-faith cases, personal injury cases, and commercial and real estate disputes.

Mr. Cook is included in “Best Lawyers in America,” “Super Lawyers,” and Honolulu Magazine’s “Best Lawyers in Hawaii” in the categories of medical malpractice and personal injury.  In 2014 Honolulu Magazine named him “Lawyer of the Year” in the category of medical malpractice law-defendants.  In the 22nd Edition (2016) of The Best Lawyers in America Mr. Cook was named “Lawyer of the Year” for Honolulu in the category of personal injury litigation-defendants.  He is a member of both the American College of Trial Lawyers and the American Board of Trial Advocates, the premier professional trial organizations in the country to which membership is extended only by invitation.

Mr. Cook is invited to speak frequently on trial practice and related issues and lectures annually to third-year students at the John A. Burns School of Medicine on medical malpractice law. He served two terms on the Disciplinary Board of the Hawaii Supreme Court, and maintains his interest in the professional conduct of attorneys by serving on the committee on legal ethics and professionalism of the American College of Trial Lawyers. He is a member of the Hawaii State and American Bar Associations and a member of the ABA’s committee on professional liability. He is a member of the Native Hawaiian Chamber of Commerce.

Aside from the law, Mr. Cook’s interests include Irish literature (he slogged through Ulysses and has been to Drumcliff churchyard), Delta Blues (he has been to the crossroads of Highways 61 and 49), and major league baseball (his team, the San Francisco Giants).

In real life Mr. Cook does not speak of himself in the third person.