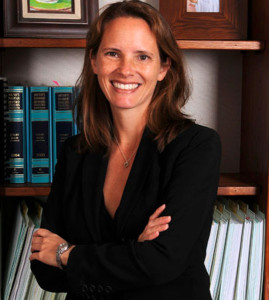 Malia Emerson Schreck has been with the firm since 2005.  Her civil litigation practice includes particular experience defending corporate and individual clients against claims in the areas of employment, discrimination, professional negligence, and personal injury.  She also has had the privilege of serving as the Court Appointed Master for Kamehameha Schools since 2013.

Born and raised in Honolulu, Ms. Schreck graduated from Cornell University with a B.S. in Policy Analysis (1995) and a Master’s in Public Administration with an emphasis in Educational Policy (1996).

Prior to returning to Hawaii to pursue her law degree, Ms. Schreck worked in the education arena in San Diego and San Mateo, California. She also lived in Milan, Italy for two years where she studied Italian language, culture and cuisine.

Ms. Schreck is admitted to practice in the State of Hawaii, the U.S. District Court for the District of Hawaii and the U.S. Court of Appeals for the 9th Circuit. She is a member of the Hawaii State Bar Association and the American Bar Association.